Hope you all had a great Hallowe’en! The Humes got a bit carried away with their tricks and ending up locking themselves in a cupboard for a week. I only discovered them when I went to get the sparklers out last weekend.

As it turns out, they had time to throw together an extra spooky strip for the issue while they were in there. I’m considering locking them in there more often now, to be honest… Tails comes to the aid of a haunted village in this year’s hallowe’en strip: Spooks and Mirrors.

Knuckles has also been hard at work in the background, trying to find out ways to bring Robotnik down. Follow one of their battles in Master of All I Survey!

Anyway! With the launch of STC-O 256, we bring you a head on collision between Sonic and his original red, dreaded rival, Knuckles! It’s been a while since the pair faced off and no doubt Knuckles is still holding a grudge.

Tails and Amy have a run-in with a suspicious group, enforcing their own brand of justice across Mobius. Who are they and what do they have to do with the return of a certain League? Find out more in The Hunted.

The current chapter of House of the Dead draws to a close this issue. Will everything be answered? There’s all the usual action to be found in Charnel House – Part 4!

I guess I’d better let the Humes out of the cupboard now… Oh? What’s that? Sonic Generations and an XBox all to myself? Ok, so I might leave them in there for a couple more days… 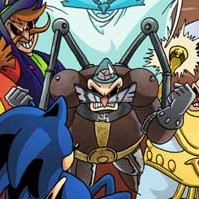 Sonic the Hedgehog was once the respected hero of Mobius but was framed as a terrorist and now travels on his own, doing what he can to help people anonymously. He’s always looking for a way to depose Doctor Robotnik from his seat as the biggest threat to Mobius and following a hectic adventure inside the Doctor’s citadel, he may have found a way to start…

Doctor Robotnik was once the feared dictator of Mobius. However, constant defeats at the hands of Sonic and the freedom fighters left him insane and mute. The Drakon Empire have combined his brilliant intellect with their technology, granting him a form of sanity, not to mention control over every badnik on the planet!

Knuckles is from an ancient race of Echidnas, now almost all extinct. He was given the gift of immortality and left on the Floating Island to protect his people’s prized treasure: The Chaos Emeralds! Following a run-in with the God of Death, he sacrified this ability and now is on his ‘last life!’

Tails has taken up the mantle of Mobius’ hero since Sonic was forced to go on the run. After always living in Sonic’s shadow, he’s always worried about not being up to the task but is gradually becoming a hero in his own right.

Amy is a gutsy freedom fighter and, next to Tails, leads the charge in the war against Robotnik. Always full of fighting spirit and a ‘never give up’ attitude, Amy is always on the front lines, doing everything she can to help the people of Mobius win their fight. 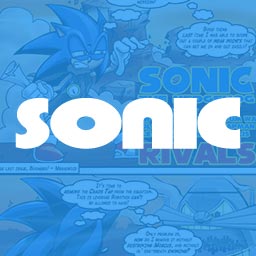 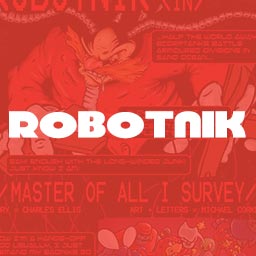 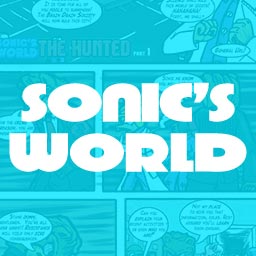 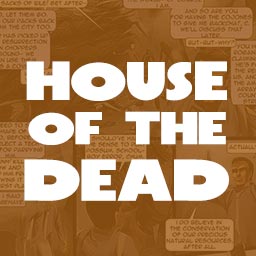 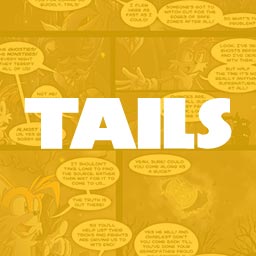 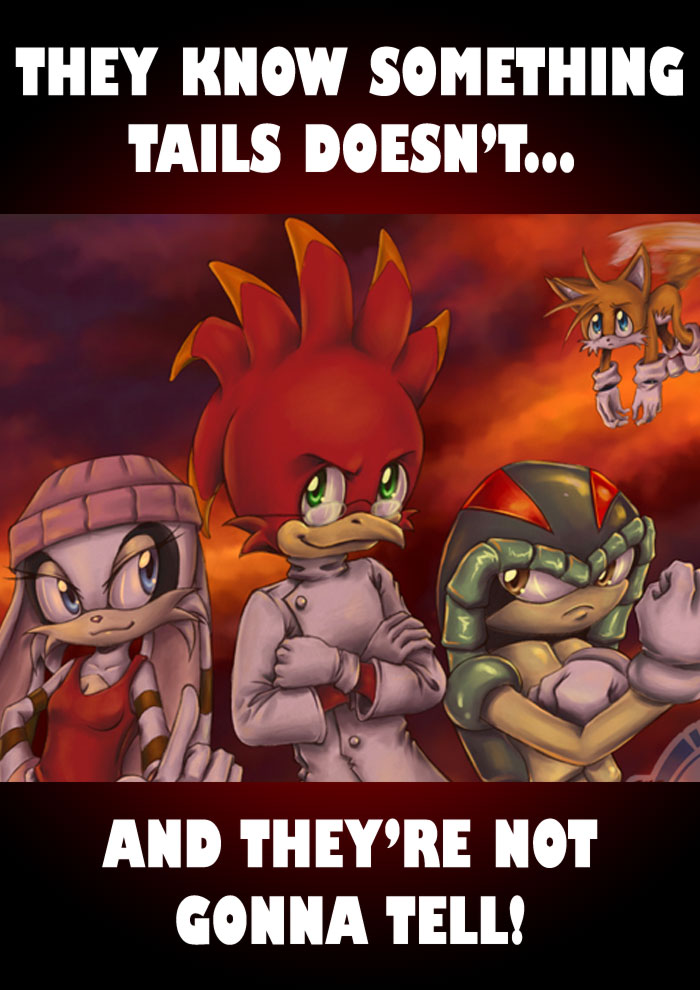