It’s the end of all our current stories in this issues – everything’s coming to its end! Change is coming, something that’s sometimes unsettling, but is necessary (especially when talking about the humes’ socks…). But one thing that won’t change is us bringing you the cutting edge in Sega strips!

The originally advertised lead strip is unfortunately delayed – drawing the you-know-what’s is a tricky job, but the doctor’s assure us the artist will make a full recovery! In its place, Tails and Amy have to deal with the fact that they’re the Last One’s Standing to defend Mobius!

Meanwhile, Tekno’s two strips come to a conclusion, facing off against Set in the present and Nack in the past – and some shocks are coming! And in the final slot, Knuckles tries to track down his missing Prisoner!

Are you a new reader and wondering what I’m talking about? Head for the Data Zone and our Back Issues Zone to get caught up!

For years, Sonic and his Freedom Fighters protected Mobius from any threat. But now Sonic is missing, with everyone – even the Freedom Fighters – convinced he’s turned evil! Who will defend Mobius now?

Sonic was the super-fast hero of Mobius, leading a gang of freedom fighters. Now he’s missing, presumed a villain…

Although Amy first met Sonic when she was claiming to be Sonic’s girlfriend, she has since proved a hero in her own right with her trusty crossbow. She has a wicked sense of humour and loves winding her friends up!

Tekno is a scientific genius from the Emerald Hill Zone. Her gadgets have saved the day on many occasions, and she has had many adventures with Amy travelling across dimensions via the Eternity Ring. Trapped on another world and having problems coping without technology, Tekno is leading a prison riot against the Set.

Tails is an optimistic young fox who uses his two tails to fly for short periods. He idolises Sonic but has also become a respected hero in his own right.

A fashion designer originally from the Special Zone, Chrysalis is one of Amy’s few civilian friends.

A good-natured and dim-witted cat, Big is now owner and head chef of the Buddy’s Bistro restaurant.

A cunning and treacherous criminal, Nack has taken over the military dictatorship of Coal Creek Zone. He publicly claims he did it to liberate the weasels of the conquered Diamond Fjord Zone, but secretly intends to conquer neighbouring Zones!

Shorty is a hot-headed squirrel who was one of Mobius’ premier heroes. The evil Set had Shorty’s Cybernik armour turn him evil and set things up to trap him & Tekno on another world. Now, he and Tekno have just broken free of Set’s prison…

Set was an alien warlord who came to Ancient Egypt and used his technology to masquerade as a god until Tekno got him trapped in the time-space vortex! Escaping, he has schemed to bring his nemesis to him- and now she’s broken loose from her cell, he may regret it!

Knuckles is the sole guardian of the Floating Island and its mysterious Chaos Emeralds. He has no memory of where his ancient people are, save for the evil Doctor Zachary – who just escaped!

An echidna seer from the ancient past, Tikal’s memories were repressed by a magic spell to stop her going mad.

Once the technical whiz of Sonic’s gang, Porker lost his nerve after being held hostage on an alien planet for a month. He now lives on the Floating Island and investigates the ancient echidna technology.

This malignant echidna has tried multiple times to gain the Emerald’s power and destroy Mobius. He knows far more about the Floating Island’s secrets than anyone but reveals nothing. Now he’s escaped from captivity with the Master Emerald! 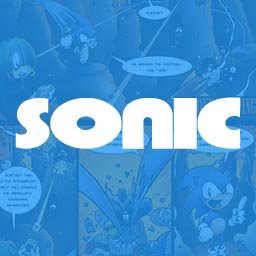 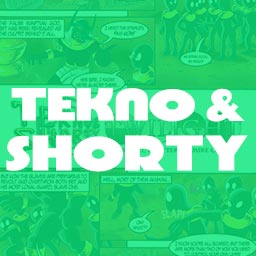 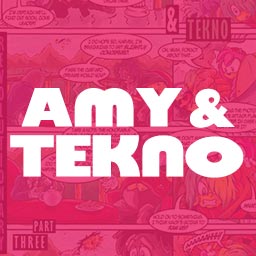 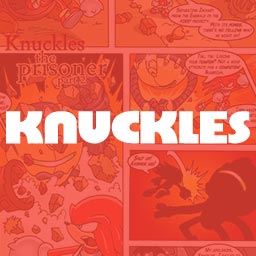 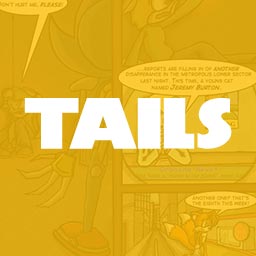 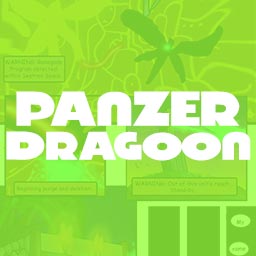 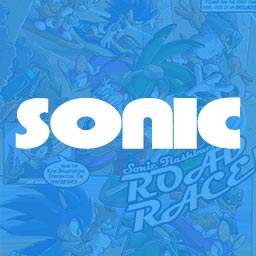 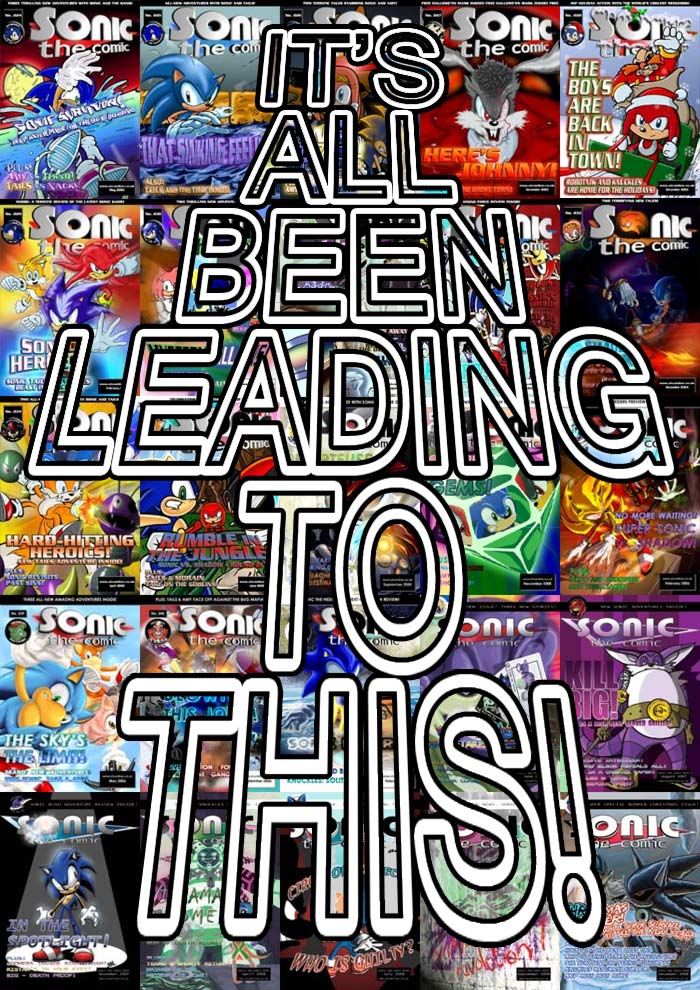