The sun is shining, the days are longer, it’s raining less- summer is on the way! But don’t think you have to wait until then because STC is heating up already!

Yes, Boomers, you did see that cover correctly. Just two issues after their last fight, Sonic and Shadow are at it again! It’s high-speed action over in Two Roads Diverged and Knuckles punches his way back into the game too! Meanwhile, Tails and Morain say they want a revolution as the Nameless Zone resistance takes on the Goblin’s new steam engine in Journey To The Crossroads. Has Tails’ old friend Errol turned traitor? You’ll have to read to find out!

Did you boomers know the first ever STC was released this month 12 years ago? In fact, not only is this is 12th anniversary, it’s also the birthday of STC writer hume Nigel Kitching on the 30th- we wish him all the best!

And don’t think I’m letting the humes sit on their behinds this Summer, get ready for more Syndicate scheming, the conclusion of Crossroads, the return of Tekno and Shortfuse, and some very big STC happenings indeed! As always, you ain’t seen nothing yet…

The first part of the Syndicate’s plan is complete. The Chaos Emeralds are together again and due the collision the Special Zone has been totally destroyed. Now Sonic lies imprisoned and the Syndicate plan to use the Emeralds to destroy Mobius…

A dark and sinister hedgehog created from Chaos Energy millennia ago and given shape from Sonic’s DNA. Shadow has complete control over Chaos Energy and a psychotic devotion to Robotnik’s will, making him a formidable foe…

This sinister group of villains is responsible for reawakening Shadow. They used him to gather the Emeralds and now, under the command of Dr Zachary, they plan to destroy the world…

A laboratory accident long ago turned the kindly Professor Kintobor into the evil Doctor Robotnik! As Kintobor, he was a friend and mentor to Shadow; now muted and driven mad by defeat, Robotnik has been re-united with him…

Knuckles is the sole guardian of the Floating Island and its powerful Chaos Emeralds. He is willing to do whatever it takes to retrieve the Emeralds from the Syndicate.

Although Tails is only the sidekick of Sonic, he has saved both Mobius and his blue friend enough times to call himself a hero in his own right. But due to a lie, the people of the Nameless Zone believe Tails to be the hero and Sonic to be the sidekick and this has caused the two tailed fox no end of trouble.

Morain is the young leader of the fox resistance. With her fierce attitude and razor sharp sword, she will do whatever it takes to drive the Goblins out of the Nameless Zone. Now she is focused on stopping the Goblin’s new steam train from transporting Goblin workers into the Zone…

Morain’s closest allies in the fight against the Goblins. Trent’s calm nature and idolisation of Tails contrast with Pippa’s frantic and nervous disposition.

Errol is Morain’s sister and formerly one of the Nameless Zone’s greatest warriors, assisting Tails on several occasions. Now he works as Chief of Police for the Goblins… 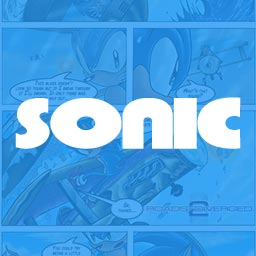 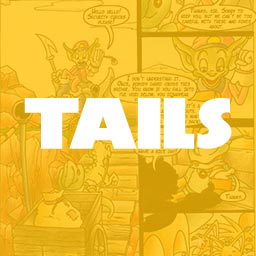 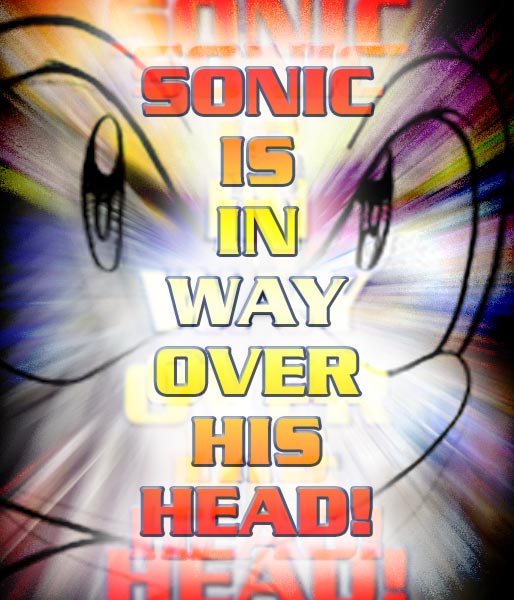