I hope nobody reading this is of a nervous disposition, because this sizzling issue may just be too hot to handle! With the brand new game Sonic Heroes arriving this week, was there ever any doubt that the UK’s Sega comic would be ready to give you the full scoop? Check out the very special Review Zone for details!

Don’t worry, though: you don’t need a videogame console for high-speed action. This issue STC has two more thrilling tales from the action heroes of Mobius: in the conclusion of his two-part story, Sonic is at the mercy of The Syndicate, while Knuckles experiences Trouble In Paradise as things go from bad to worse on the Floating Island. Keep an eye out for some old and new faces popping up.

When you’re looking to recover, why not chat with fellow STC fans? For e-mail discussion about the UK’s Sega comic, check out the Sonic the Comic mailing list! For almost seven years, the list has been the place to chat to both outspoken Boomers and former humes from the good old days, including artist Roberto Corona and all-round STC guru Nigel Kitching and. As well as hearing tales and learning about the creation of the comic, keep an eye on the list to see what your favourite creative humes are doing next!

And as if that wasn’t enough of a system overload for one issue, STC Online is proud to present the Message Zone where you can chat about all things STC!

But wait, there’s more! Now you can catch Sonic and his friends having more high-speed adventures in the brand new cartoon series, Sonic X! Tune in every Wednesday at 3.40 on ITV.

Let’s face it, Boomers: you’ve never had it so good! Not until next issue, anyway… 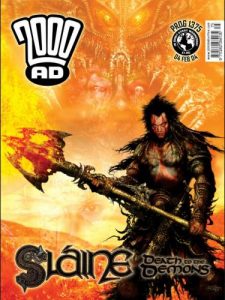 Long-time Boomers will remember amazing creative duo Nigel Kitching and Richard Elson. From issue 7 to 184, these guys teamed up to bring you amazing adventures including the tales of the Brotherhood of Metallix, the introduction of Chaotix, and the rampage of Chaos.

But now, they’re teaming up again in the latest 2000AD for a gruesome five page adventure, “Krypt”. Be warned, this horrifying tale is not for faint-hearted Boomers!

Plus, stay tuned for a nine part epic featuring the same team, beginning this spring in 2000AD 1387!

The insane former dictator of Mobius, Doctor Robotnik, has escaped from prison! Sonic and Tails tried to pursue him, but ended up crash landing on a giant warship, the Death Carrier.

Tails is an optimistic young fox who uses his two tails to fly for short periods. He is now a prisoner on the Death Carrier!

This vengeful echidna has twice tried to claim the power of the Chaos Emeralds. With the Death Carrier warship at his disposal, he is now more dangerous than ever before!

This echidna criminal uses his brains as well as his brawn. He’s the Syndicate’s unknown quantity!

A masterful thief with her own plans in mind, the question for everyone this issue is… what is Rouge up to? Study this issue carefully for a clue!

Knuckles is the sole guardian of the Floating Island and its powerful Chaos Emeralds — but he has no memory of his lost people.

This Prosecutor soldier was caught in an explosion of the Chaos Emeralds that turned him into the terrifying Chaos creature. Now he wants his lost powers back…

A good-natured cat who discovered Chaos and re-named him Buddy. 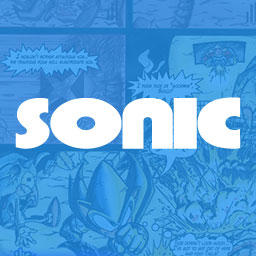 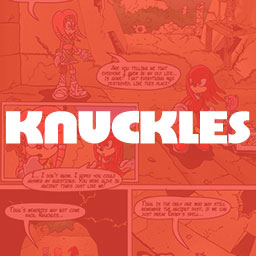 This year Sonic turns thirteen, but he’s not showing any signs of slowing down! In fact, if to prove all his naysayers wrong, the latest Sonic game to hit the streets is not only out on one system, but is having a big release on all three current consoles! Let’s hope the GameCube, PlayStation 2 and X-Box are ready for Sonic Heroes!

Sonic Heroes is visually more of a successor to the 2D MegaDrive games than the Adventure series. One look at the chequered hillsides and you won’t help but feel some nostalgia. But that’s where the nostalgia ends! The new twist with this game is that you don’t just control one character: you control three! If you want to play Sonic, you’d better brush up on Tails and Knuckles too! 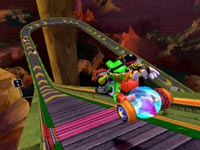 In an innovative move, this game allows you to use Sonic’s speed, Knuckles’ raw power and Tails’ ability to fly to reach the end of each zone. Throughout the various levels you will need to switch between these three characters to be able to pass certain parts that would be impossible with just one of the characters. 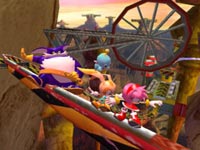 Each team must traverse fourteen levels in a bid to stop Dr. Eggman (Robotnik) from taking over the world. The levels are basically the same for each team, but there are many differences in the paths each must take. The difficulty level also changes depending on which team you choose to use. While Team Sonic have the usual medium difficulty level, Team Dark has much more challenging levels, Team Rose is easier, and Team Chaotix have more alternative gameplay styles such as object collecting or hiding from Badniks! 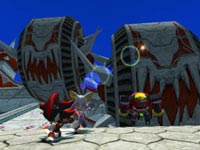 As you would expect from these latest consoles, the game looks amazing, with crisp textures and smooth character models are all around. There’s also a wide variety of levels to look at so it never gets boring. You will take your team from sparking beaches to huge jungles and even through a fleet of airships! The level design also far surpasses anything seen so far in a 3D Sonic game. 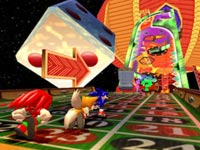 The soundtrack to the game is about on par with the previous 3D outings, so if you liked them, you’ll love what’s on offer here. Particular stand-out tracks include “Hang Castle” and “Final Fortress”. Each team also gets a vocal track, and although all four are well done, none of them are as inspiring as past Sonic music, such as “Live and Learn” from Sonic Adventure 2. 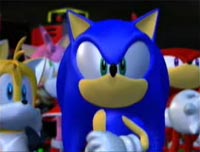 The gameplay stays true to what people love about Sonic, his speed. While to begin with the character switching may seem cumbersome, it soon becomes second nature and won’t slow you down. The only team that really deviates from the fast gameplay is Chaotix, whose hunting levels can get quite tedious, especially if you weren’t fond of the Knuckles and Rouge levels from Sonic Adventure 2. 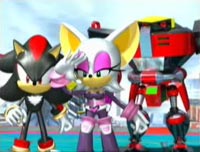 Story wise, this game is much lighter on plot than the Adventure games, and that can seem a bit jarring at first. But less story means being able to jump right into the levels without lengthy story sequences detracting from the gameplay. 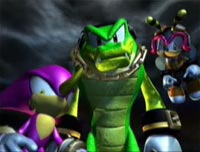 Sonic Heroes boasts seven different 2-player modes, each of which have a variety of gameplay styles. While these pack in even more playability, the downside is that you need to have someone else to play with. While the 1-player mode features pretty intuitive artificial intelligence, the 2-player mode is sadly lacking in that department so unless you’ve got a friend or relative to hand, you won’t be playing these exciting levels very often, which is a shame. 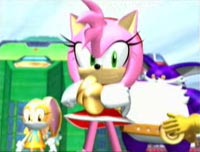 Sonic Heroes is a great addition to the Sonic game library, and has all the best features from the Adventure games intact, while ditching the elements that didn’t work well. The team gameplay was a controversial move, but it’s ease of use and increased gameplay style has paid off. The controls can be a little tricky sometimes, and some levels can take some getting used to, but disregarding these small faults, this is a very entertaining game that won’t get old fast! 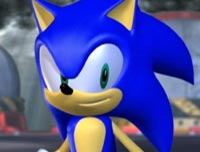 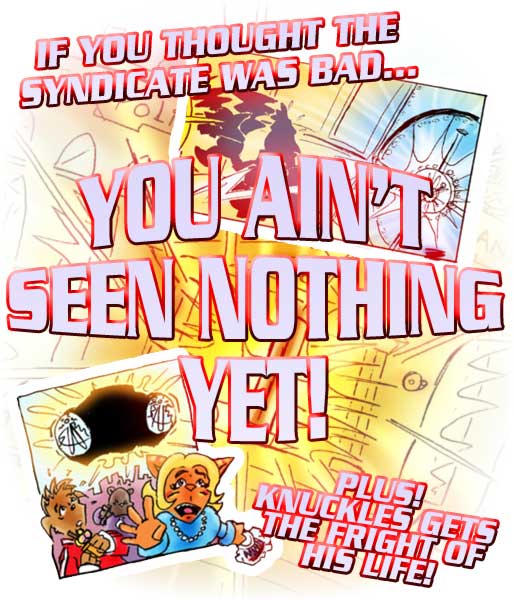 Special thanks this issue to:
Ed Reynolds, Zak Simmonds-Hurn, Michael Corker, and the rest of the STC team!